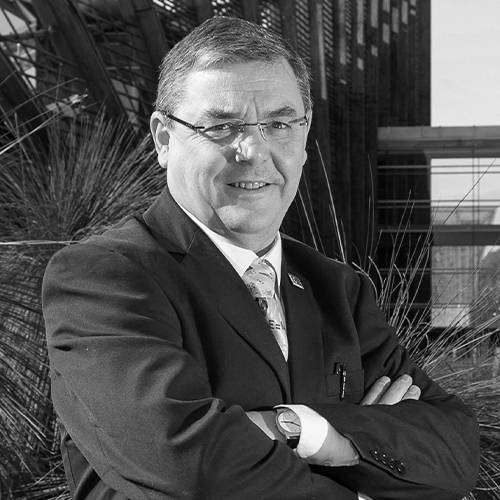 Prior to joining ECU, Professor Chapman was Principal and Vice-Chancellor of Heriot-Watt University from 2009, and Vice-Principal at the University of Edinburgh from 2006.

Professor Chapman holds the degrees of Bachelor of Science and Doctor of Philosophy from Newcastle University. In 2001 he received the Interdisciplinary Award of the Royal Society of Chemistry for his ground-breaking work at the interface of Chemistry and Biology. He has published more than 200 scientific papers in prestigious journals and has given numerous plenary lectures at international conferences. He was one of the founders of ScotCHEM, the research "pooling" exercise in chemistry across Scotland.

Among his board and committee memberships while Vice-Chancellor of Heriot-Watt University, Professor Chapman chaired the Funding Policy Committee of Universities Scotland, and was a member of the Board of the Universities and Colleges Employers' Association.

In Australia, Professor Chapman is a Non-Executive Director of the Cyber Security Cooperative Research Centre; a Director of the Universities Australia Board (since 2020); a Panel member appointed by the Federal Minister for Education to the Higher Education Standards Panel under the TEQSA Act 2011 for a term of three years (2020-2023); member of the Board of Governors of the Forrest Research Foundation (since 2020); and a Member of the Mindarie Senior College Board (since 2015).