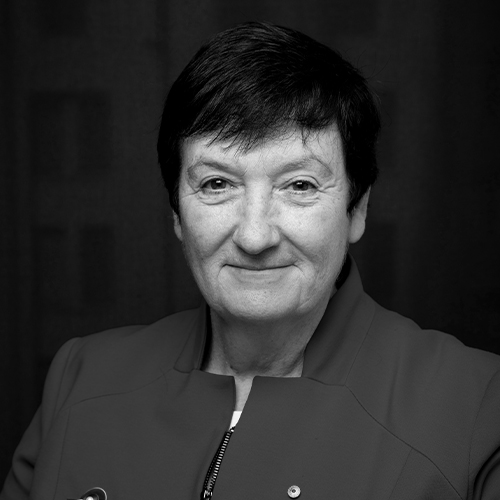 Jennifer Westacott AO has served as Chief Executive of the Business Council of Australia since 2011.

Jennifer has served in the public and private sector including as the Director General of the NSW Department of Infrastructure, Planning and Natural Resources; the Secretary of the Victorian Department of Education and Training; and the Director of Housing in Victoria. As a senior partner at KPMG, Jennifer advised major corporations on climate change and sustainability and advised governments across Australia on significant reform priorities.

Since 2013, Jennifer has served as a Non-Executive Director of Wesfarmers Limited. She is the Chair of the Western Parkland City Authority (previously known as the Western City & Aerotropolis

Authority), which is overseeing the design and delivery of the Western Sydney Aerotropolis, as well as integrated delivery across the Western Parkland City, a region which comprises 38 per cent of Greater Sydney’s area.

Jennifer is an Adjunct Professor at the City Futures Research Centre of the University of NSW. She is the inaugural Chair of the Board of Studio Schools of Australia, a patron of Mental Health Australia, the Co-Patron of Pride in Diversity, and a patron of the Pinnacle Foundation.

In 2018, Jennifer was made an Officer (AO) in the General Division of the Order of Australia. Jennifer has a Bachelor of Arts (Honours) from the University of New South Wales and in 2017 received an Honorary Degree (Doctor of Letters) from her alma mater. She was a Chevening Scholar at the London School of Economics.